Born in Leavenworth, Kansas, Tom began formal piano lessons at the age of four. Years later he received a diploma with honors in classical piano from the San Pietro Conservatorio di Musica 'a Majella' in Naples, Italy. His teacher was the renowned maestro benedetto rizzo. Tom later attended Peabody Conservatory, studying with Julio Esteban, and joined the Arranger's Workshop at the Eastman School of Music under the guidance of rayburn wright. 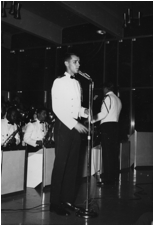 During his U.S. Army stint in the 1960s Tom was stationed with the 26th Army Band in New York City. He quickly expanded his pianistic abilities in jazz and pop music. At the urging of his friend and Army colleague, mike garson, he then embarked on his arranging career and began study with the noted New York arranger larry wilcox.

Tom's professional career began in 1971 in San Francisco when the concert promoter bill graham negotiated Tom's early release from the U.S. Army following his year-long tour of duty in Vietnam. He quickly became a much sought-after Music Director, arranger, and session musician in the Bay Area. Highlights include working with artists such as van morrison, boz scaggs, the pointer sisters, hot tuna, chris williamson, and barbara mauritz & lamb. 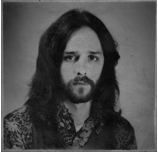 In 1976 Tom moved to Europe and worked for Columbia Records as a European record producer. For the next four years he produced and performed on records in Holland (margriet eshuijs, dolly dots, kimm, etc.), Norway (jan eggum), Sweden (mikael rikfors) and Germany (Executive Producer for edo zanki). 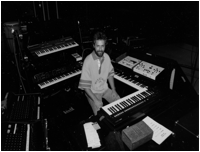 In 2007 Tom played acoustic piano on and wrote symphonic & choir arrangements for the gothic rock group within temptation's cd "the heart of everything". 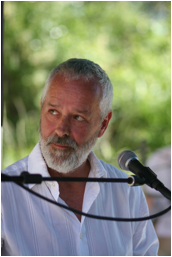 In 2005 Tom was offered a teaching position at the ArtEZ Conservatory , one of the Netherlands' largest music schools located in the eastern Dutch city of Enschede. He taught singer-songwriters, coached bands, and tutored producers, arrangers, and composers in the MediaMusic department until the summer of 2013.

As a teacher, Tom is indebted to michiel bram, davy de wit, peter leutscher, and all of the wonderful staff at the ArtEZ Conservatory. His heartfelt gratitude goes out to all of the great teachers whose expertise was invaluable in making his experience in education such a success.

Tom and his wife, Mieke Aerts, live in the village of Vijlen, Netherlands.